Jean Augustine was the first female Member of Parliament of African descent to be elected to Parliament. As MP for Etobicoke-Lakeshore. Augustine sponsored the bill that officially recognized Black History Month on the federal level in the 1990s.  Her archives are a goldmine of material for researchers interested in social reform, community activism, international relations, women's issues, social housing and the Caribbean community in Toronto.

Jean M. Augustine (b. 9 September 1937), is a Grenada-born Canadian politician and community organizer. She was a teacher in Grenada and emigrated to Canada in 1960 under the West Indian Domestic Scheme. Augustine worked as a nanny as required by the program, and acquired her Ontario Teaching Certificate in 1963 and later her B.A. (Hon.) from the University of Toronto. In 1980 she received her M.A.Ed. from the Ontario Institute for Studies in Education (OISE). Augustine worked as a teacher within the Metropolitan Separate School Board, teaching at St. Anthony (1964 - 1970); St. Raymond (1970 - 1975); St. Felix (1975-1979); and St. Francis de Sales (1979-1982, where she was vice-principal). In 1982, Augustine was appointed principal at St. Felix School, a post she held until 1985. She also served as principal at St. Gregory School (1985- 1988). Augustine was a social activist and volunteer within the Caribbean community of Toronto, working on issues such as immigrant and women's rights, violence against women, drug abuse and poverty. She founded several community organizations, including the Grenada Association and the Ontario chapter of the Congress of Black Women of Canada. She was also active in the areas of urban education, black youth and cultural events such as Caribana. In the Spring of 1985, Augustine was appointed by Ontario Premier David Peterson to a "transition team" of citizens to facilitate the transfer of power to the newly-elected Liberal-NDP coalition. On 24 November 1988, she was appointed chair of the Metro Toronto Housing Authority (MTHA), the administrative body for social housing in the city.

During her time in federal politics, Augustine was Secretary of State for Multiculturalism, and later Multiculturalism and the Status of Women, and was Special Advisor on Grenada. She also acted as Parliamentary Secretary to the Prime Minister, Deputy Speaker and served three terms as Chair of the National Liberal Women's Caucus. While serving as a federal politician, Augustine sat on a number of committees including the Foreign Affairs Committee, the Canada Africa Parliamentary Group, and the Canadian Association of Parliamentarians on Population and Development. She also participated on international boards and associations related to women's issues, human rights, AIDS/HIV, micro credit, population and development, economic development and industry, Africa, immigrant rights, racism and xenophobia. Augustine was part of a Canadian team of election observers during the 1994 election campaign in South Africa, and participated on foreign conferences and delegations for the Asian Forum of Parliamentarians on Population and Development (AFPPD), the World Food Organization, and the World Summit of Women.

Jean Augustine was instrumental in establishing the first national recognition of February as Black History Month in 1996. Augustine retired from politics in November 2005. She was later appointed in March 2007 as Fairness Commissioner of Ontario, to advocate on the behalf of immigrants seeking to have their foreign credentials validated in the province.

In 2010, Augustine led a campaign to establish a research chair in York University's Faculty of Education for Education in the New Urban Environment. For more information about this campaign, see articles here and here. The inaugural chair for the position, Dr. Nombuso Dlamini, was announced in 2011. See her website here. 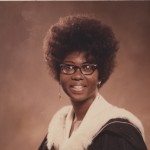