Monday 5 July 2010 is the official launch of the online exhibit Mariposa : celebrating Canadian folk music, funded in part through the Archival Community Digitization Program of the Ministry of Heritage. To mark the 50th anniversary of the festival, the archives digitized twenty years of festival programs, promotional material, photographs and historical festival recordings from the 1970s.

A link to the exhibit can be found here. The Exhibit is best-viewed in Firefox.

A link to Ruth Jones McVeigh's interview can be found on CBC's MetroMorning here. 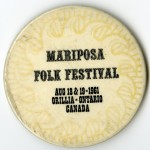 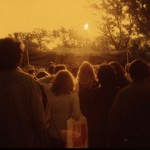 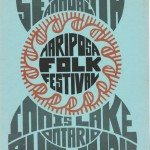