As Great Britain was in the middle of the Industrial Revolution there was a growing movement that harkened back to the days of handcrafted items that were made with skill and purpose. This movement, known as the Arts & Crafts Movement believed the mechanization and increasingly dehumanizing manner of production needed to be changed in favour of manufacturing in which designer and craftsmen were the same rather than the increasing division of labour. It was not defined by a single style, but it commonly featured images of nature and was reminiscent of medieval art. The movement was exemplified by the work of William Morris, who wish to create everyday objects that were beautiful and useful. This focus on the everyday and utility meant that practitioners mostly made object that were also decorative, rather than traditional paintings or sculptures. In 1861 Morris helped found the firm Morris, Marshall, Faulkner  & Co., which specialized in wallpaper, textiles, furniture, metalwork, jewelry and stained glass all with the ideals of the Arts & Crafts Movement. Morris then went on to start his own press to create books within this framework. 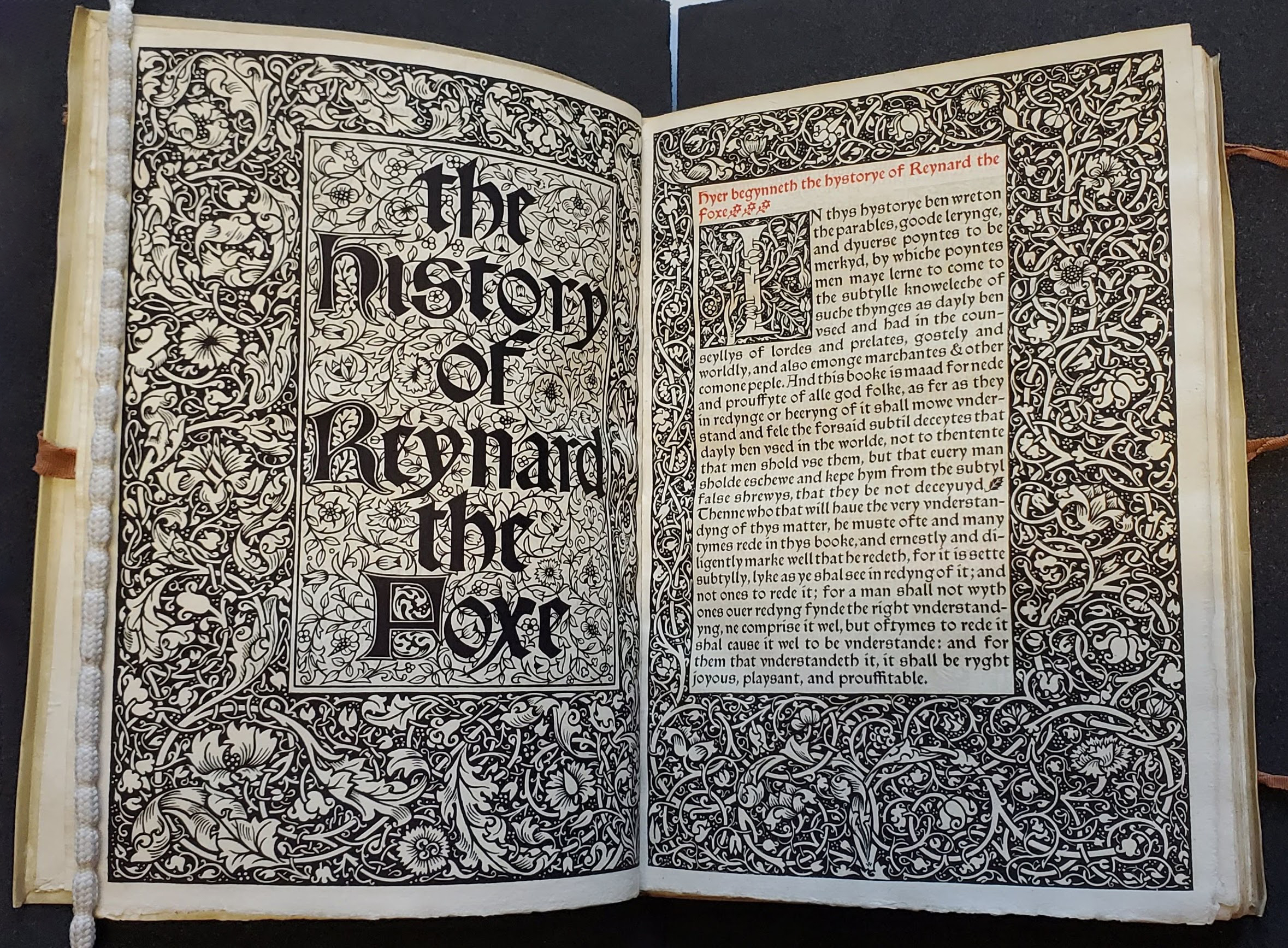 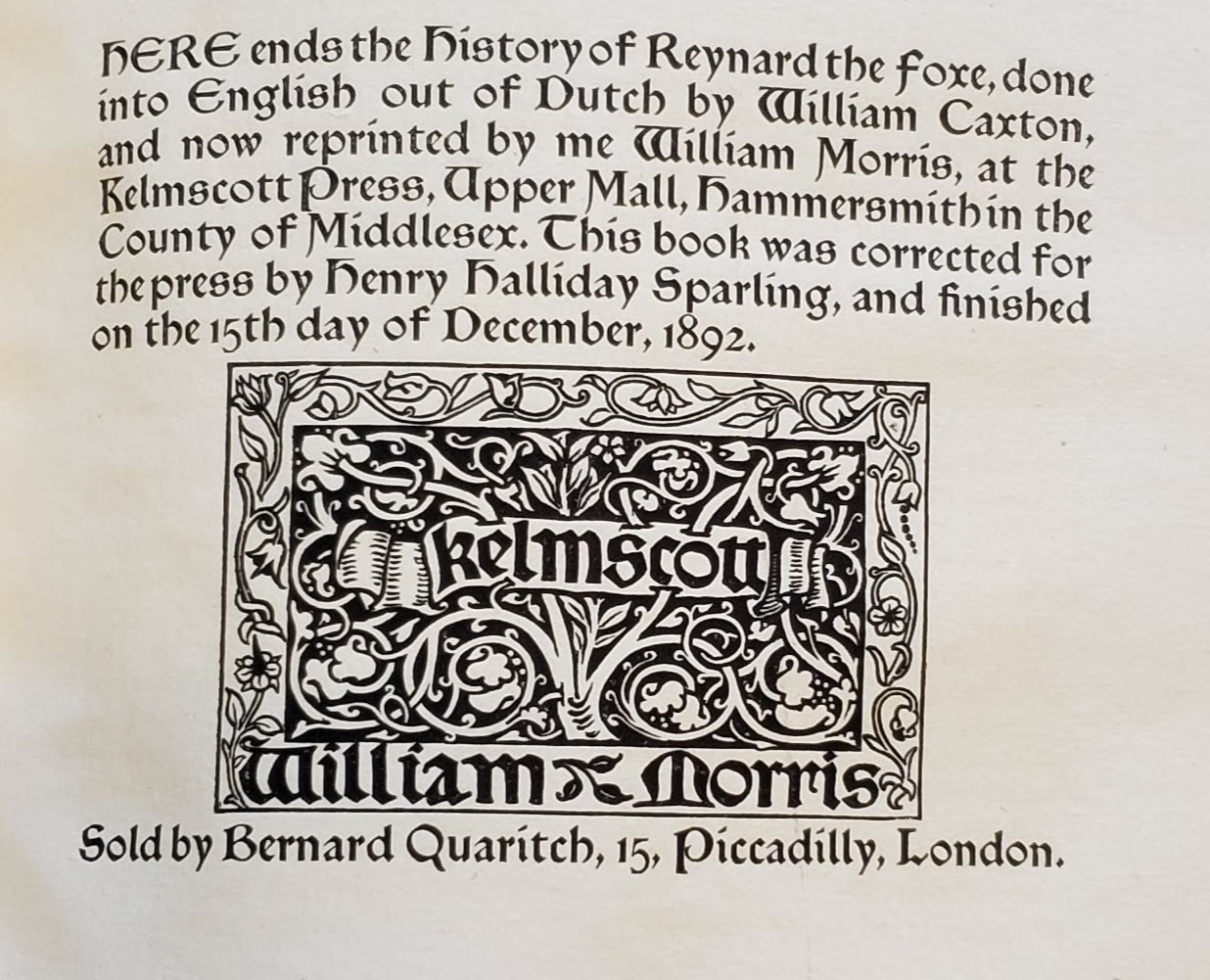 Morris established the Kelmscott Press in January 1891 as another opportunity to craft something from start to finish. Fifty-three titles across sixty-six volumes were produced by the press before his death in 1896, with Morris designing their typefaces, initials, and borders. The focus on both nature and the Middle Ages are evident in the books he created, both in content and style. Morris often chose works from the medieval and Early Modern Periods, such as Geoffrey Chaucer's Canterbury Tales, or as in this case, The History of Reynard the Foxe. This version of the medieval cycle of fables was translated in the 1480s by the first English printer, William Caxton. As is typical of the Arts & Crafts Movement the elaborate decoration heavily features natural elements such as foliage and flowers. The books also resemble the medieval period and early print culture through its physical attributes and construction. Morris used typeface designed based on type from the 1470s, and included elements from medieval manuscripts such as titles bring printed in red, illustrated initials, and colophons which as typically at the end of a text and describe its publication. Like early printed books and opposed to the mechanization of print in the 19th century, Kelmscott Press books were made with hand-made paper, the type was set by hand, each page was printed by hand, and finally they were bound, by hand. Morris was engaged with and influenced by the Middle Ages and was participating in what we would now call medievalism. The Arts & Crafts Movement romanticised both the simpler life and production methods the Victorians associated with the period, and Morris was no exception.

In John Carter's ABC for Book Collectors he defines a private press as, "...one whose owner or operator prints what he like, how he likes, not what a publisher pays him to print. He may, and usually does sell his products to the public...but he is out to make a fine book rather than a profit." The Kelmscott Press is widely regarded as the first private press, created by Morris to print what and how he wanted. Private presses explore the craft of book production and each step in the process is often done by hand. 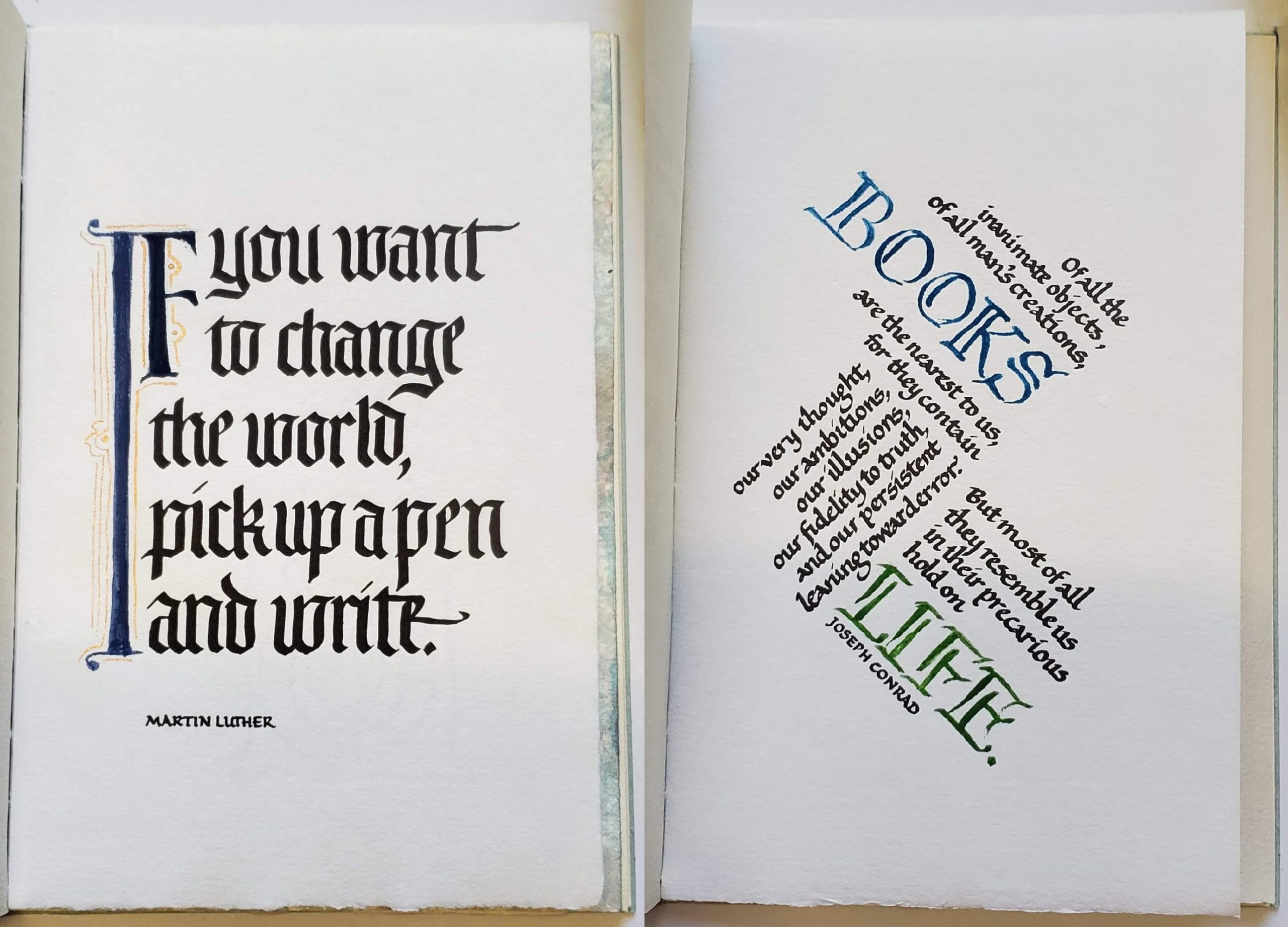 In addition to private presses there are also small presses and fine presses, terms which often overlap. A small press is any publisher that produces only a few titles annually with a limited budget. Private presses are a type of small press but the term small press can also encompass those presses which choose to publish avant-garde authors in books not necessarily focused on high quality production. Another common term is fine press. This is a reference to the quality of the books produced by the press rather than a description of the press itself. Fine press books can be from small private presses but they can also be limited runs created by larger publishers who wish to make a high quality book. As Carter's definition suggests, private presses almost exclusively make fine press books. 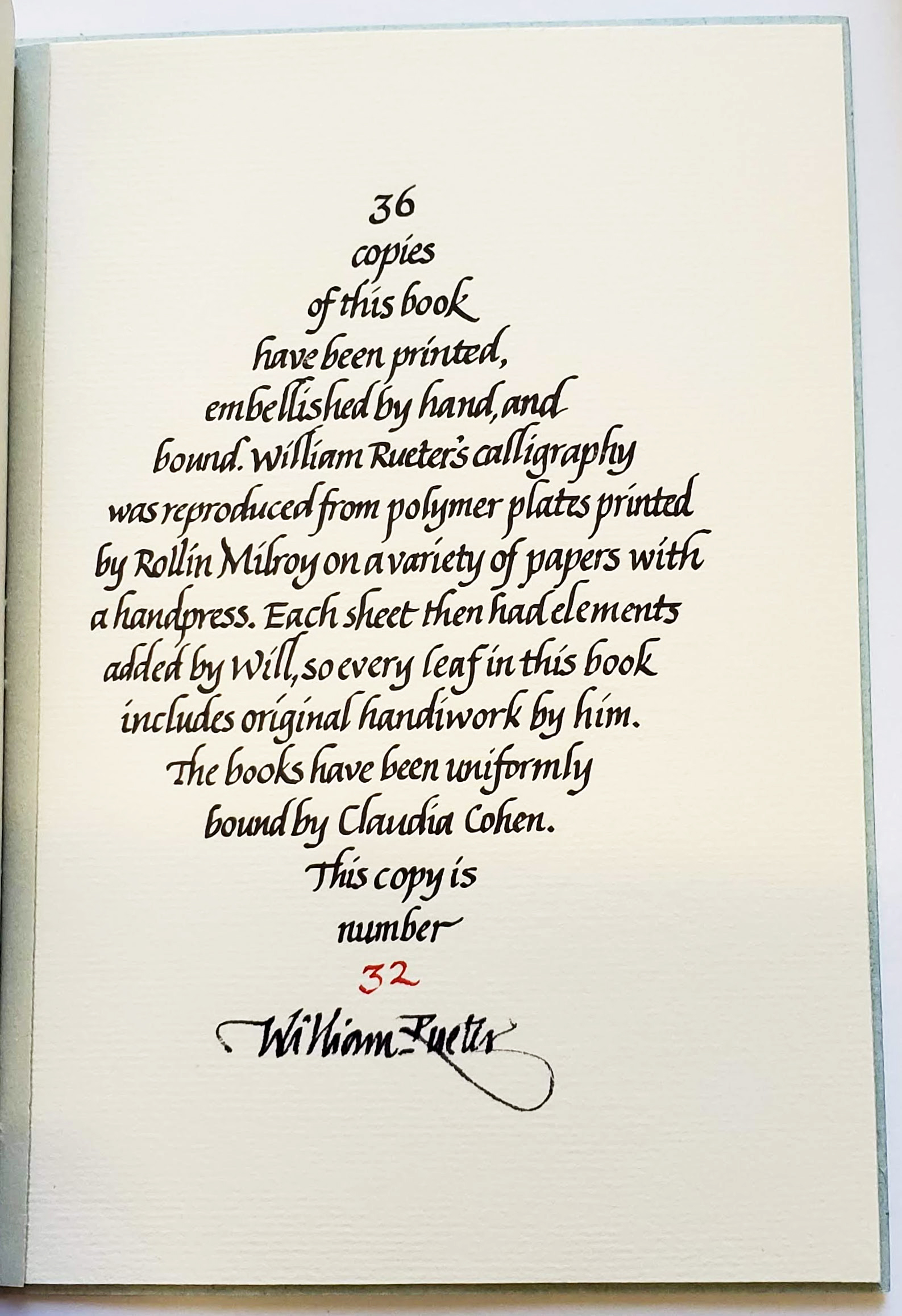 Canada has several of its own small and private presses from which ASC collects. It means the library is able to showcase the wide range of Canadian literature and printing. This new acquisition is one of many private press books ASC has acquired recently. A creation between Rollin Milroy of Heavenly Monkey press and Will Rueter of The Aliquando Press, Books are my Utopia contains eighteen aphorisms on books designed by Rueter and printed from polymer plates by Milroy after which Rueter added hand drawn calligraphy. Like Kelmscott Press books, private press books usually have a colophon describing production information. This typically includes a limitation statement as most private press books are done in limited runs. In this case 36 copies were printed, of which ASC has number 32. Like the Arts & Crafts Movement, private presses encourage handcrafted objects that are both useful and beautiful.

Sometimes it is not possible for a library to acquire an item. Sometimes no copies are available for purchase, or the ones that are are outside a library's price range. In some cases, the book can't be bought because there is only one copy in existence. This is especially true with books produced before the printing press allowed for mass production. In Europe prior to the 1450s, books were made in manuscript (by hand). While texts were reproduced and circulated by scribes, each copy was unique depending on the tastes of the scribes and patrons who may have commissioned them. 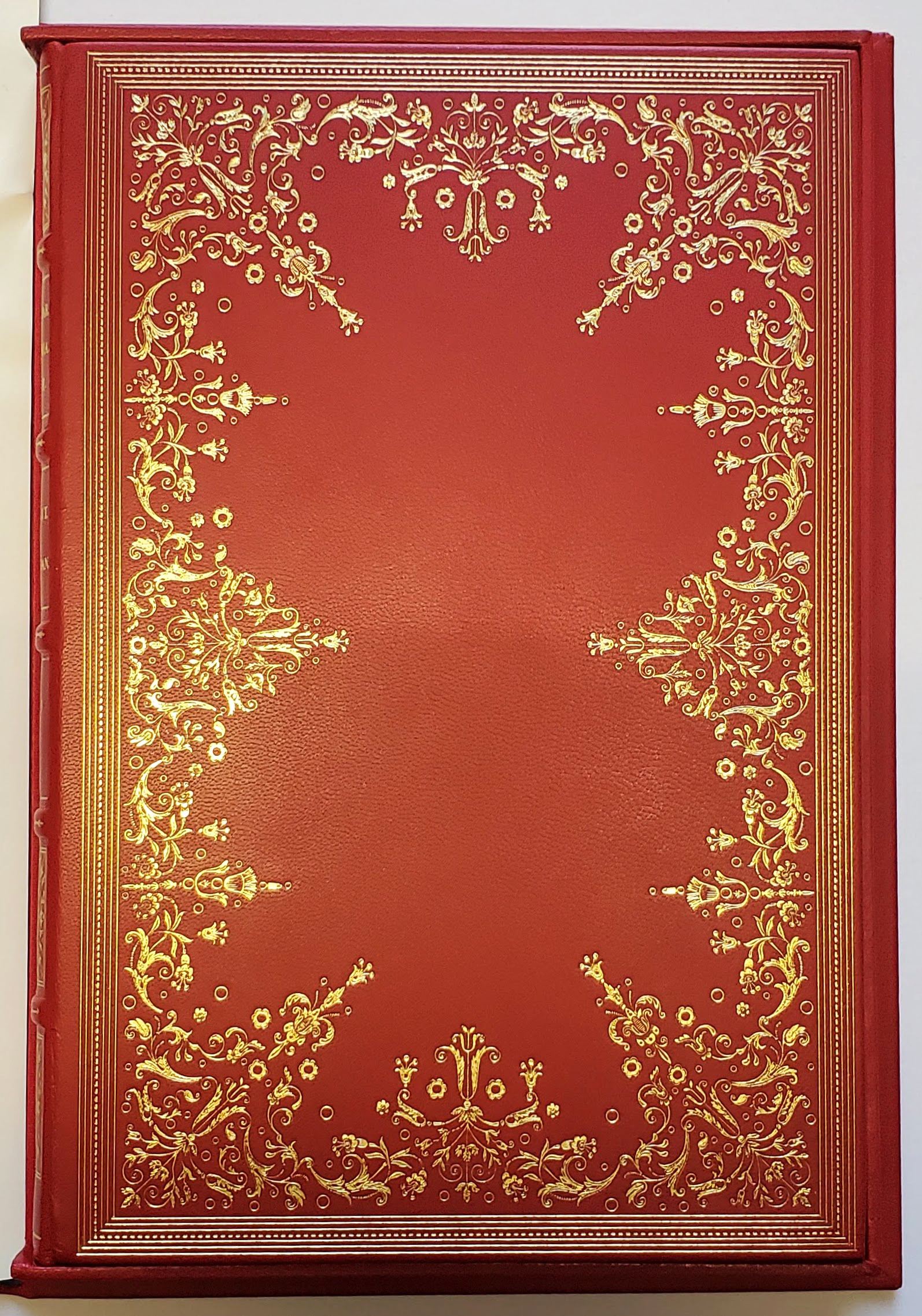 Adding to their rarity, manuscripts were destroyed frequently in the Middle Ages for a variety of reasons. These include the script or decorations going out of fashion, changes to liturgy that necessitated a new version, and ideological changes, whether religious or political. In addition, later in the nineteenth century, some of those who seemed to appreciate the manuscripts the most were also responsible for dismantling them either for their own collections or to sell off as individual leaves. The result, as a study in Science suggests, is that we only have approximately 9% of the manuscripts produced during the medieval period.

The rarity and uniqueness of manuscripts make them valuable to collectors and researchers, but there are obvious barriers to research when the only copy is halfway across the world. One solution to this problem is the creation of facsimiles. Simply put, a facsimile is a reproduction of a written work meant to be as exact a copy as possible. However, facsimiles can vary widely in quality. They can range from a black and while photocopy to a high-quality colour reproduction. 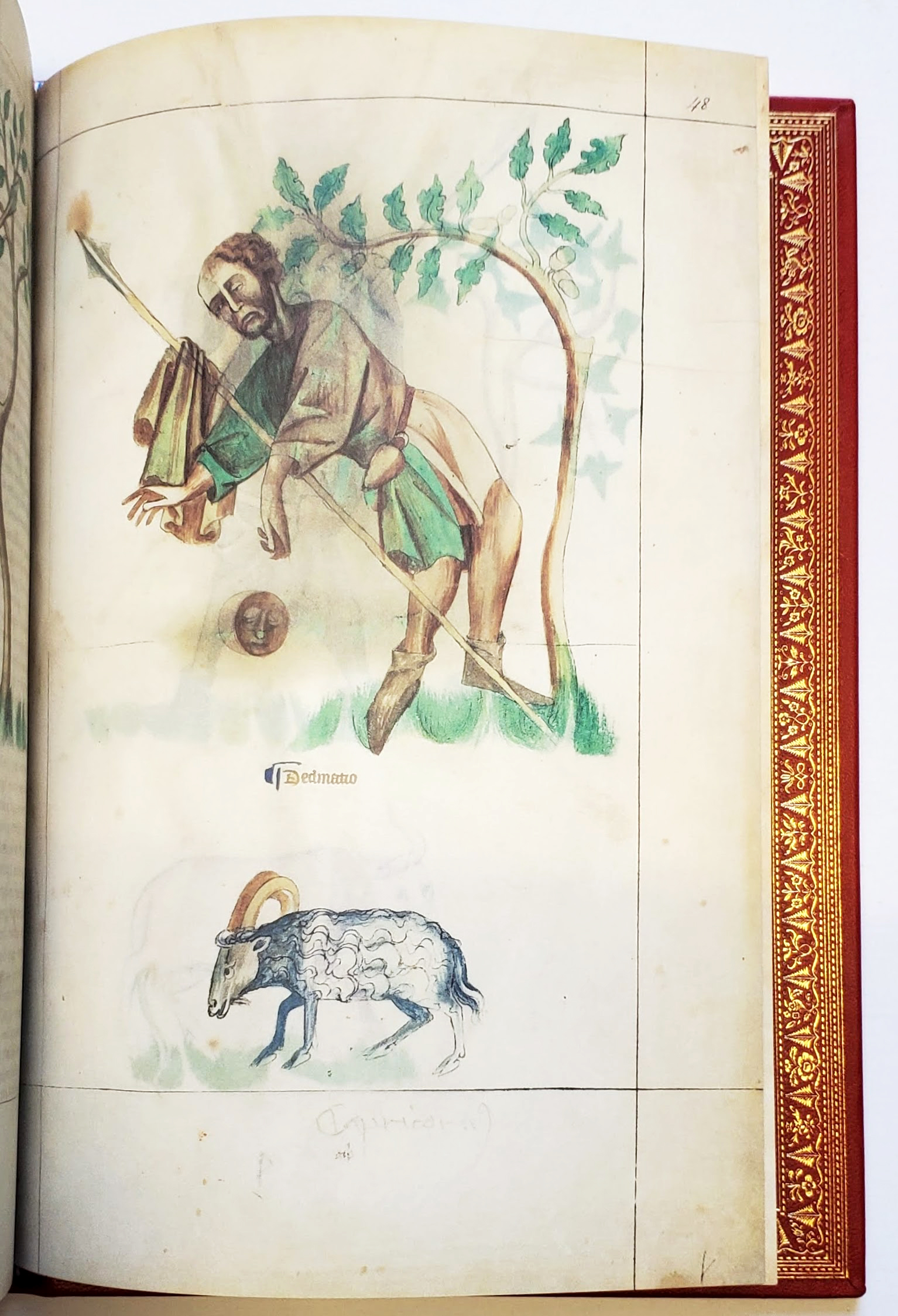 One of the newest ASC acquisitions is a facsimile of Sloane MS 3983 from the British Library. The original is a 14th century manuscript made on parchment in either France of the southern Netherlands. It contains the text Liber astrologiae by Georgius Fendulus, which is an abbreviated Latin version of Kitāb al-mudkhal al-kabīr, an introduction to astrology to Abū Ma-shar al-Balkhi, a Muslim astrologer from the 9th century. This introduction served as a manual for training astrologers in the Muslim world and through translations in the 12th century it entered western Europe. This abbreviation contains the picture cycle of the signs of the zodiac and their rising stars and drawings of the planets and the zodiac signs associated with their houses. Finally, on the last page is the nativity of Christ complete with a horoscope. Not only are the pages stunningly reproduced in colour, but even the information pasted in afterwards is recreated. This includes paper pasted in by the British Library, and the ownership inscriptions of prior owners Eustache de Wiltheim and Sir Hans Sloane. Also reproduced is the post-1600 red leather binding heavily decorated with gold. This and other facsimiles allow researchers to view a manuscript they otherwise may not have been able to see, including being able to experience its physicality in a way that microfiche and digitization does not allow. 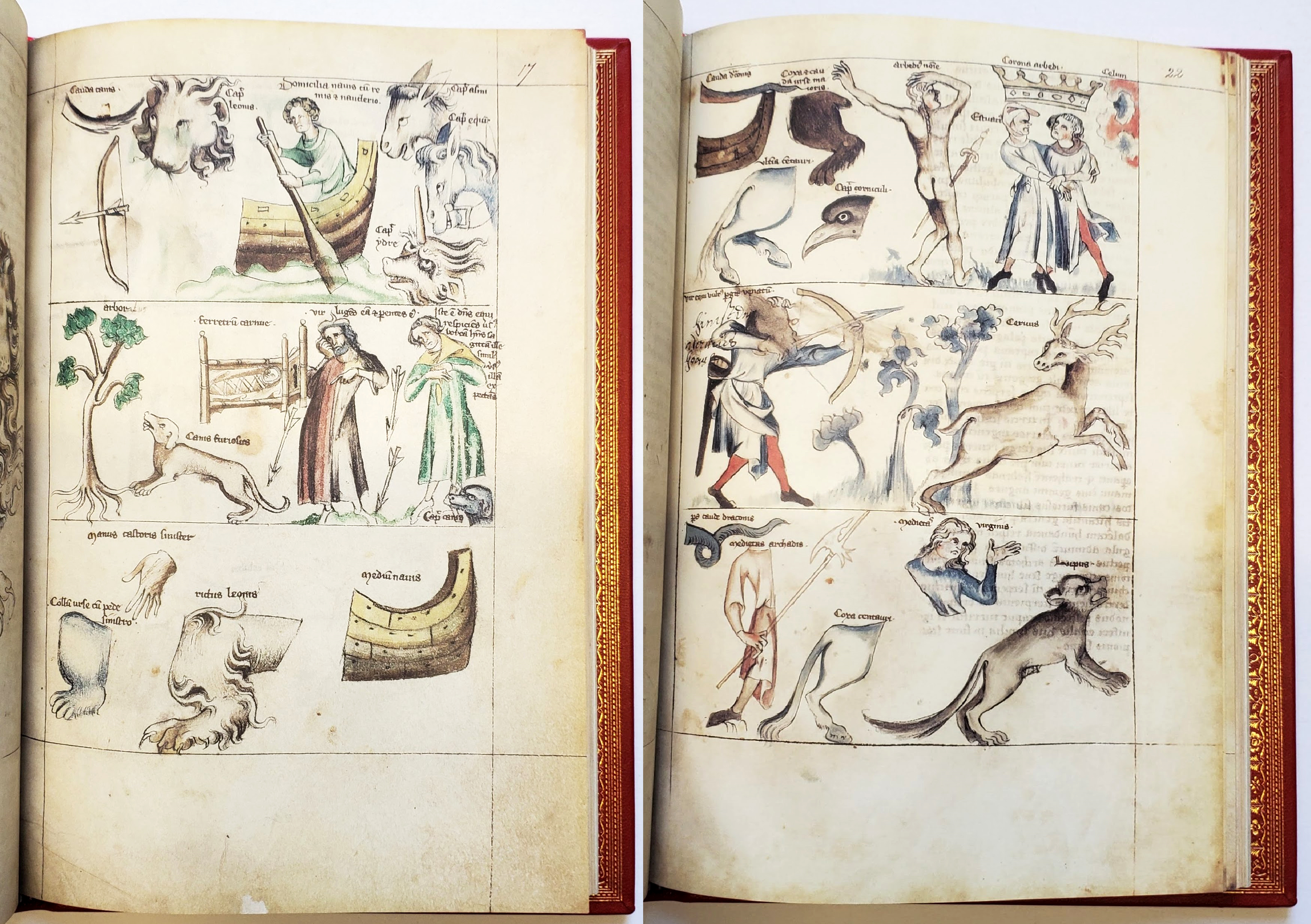