The Archives will be installing it's annual Black History Month exhibit on the second floor of the Scott Library for the month of February 2010.

This year we will be highlighting materials from three archival fonds emphasizing the contributions of African Canadians in the areas of the performing arts and politics. Production notes, annotated scripts and promotional material will be on display from Toronto-based Obsidian Theatre Company, recently acquired by the archives.

We will also be highlighting photographs from the Jean Augustine fonds.  Jean Augustine was the first female Member of Parliament of African descent to be elected to Parliament.  Augustine participated in a UN contingent who observed the 1994 elections in South Africa, and she sponsored the bill that officially recognized Black History Month on the federal level.

The exhibit will also be highlighting elements of the Lee Lorch fonds, who during the 1950s and 1960s was involved in the civil rights movement in the United States. On 4 September 1957, during the Little Rock Central High School Crisis, Mrs. Grace Lonergan Lorch intervened to protect Elizabeth Eckford (one of the "Little Rock Nine") from an angry white mob. We will display selection of letters which the Lorches received in the wake of the Little Rock Crisis and their appearance before the Committee of Un-American Activities Committee.

Also from the Lee Lorch fonds, we will be featuring pamphlets and flyers circulated during the 1970s in support for the release of Angela Davis.  Prof. Lorch, along with many other North American academics, were involved in extensive letter-writing campaigns that protested Davis' dismissal from the University of California, Berkeley in 1969 and her arrest and imprisonment on charges of attempted kidnapping, conspiracy, kidnapping, and homicide.

Finally, selections have been made from the Toronto Telegram fonds; historical photographs that feature members of Toronto's diverse black community. Events include Emancipation Day parades and memorial services, the West Indian Fair of Trade and Commerce, the West Indies Federation Banquet, Canadian Negro Women's Club events and street festivals.  Our third floor exhibit case will feature colour photographs of Caribana festivities from 1967, 1968 and 1970. 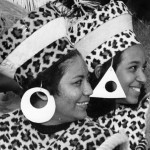 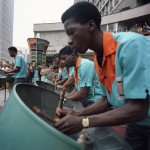 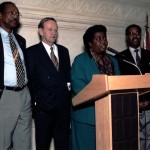 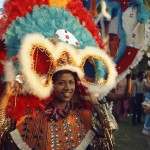 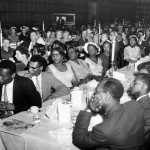